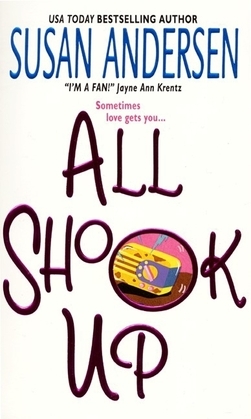 A Man With a PastWhen an unexpected inheritance sends J.D. Carver to the Star Lake Lodge to claim his half, he's expecting trouble. Being greeted with open arms by the whole Lawrence gang—feisty Aunt Sophie and calm Uncle Ben, clearly off-limits Dru and her young son, Tate—just convinces him they're working an angle, and he's determined to uncover it. But a tiny part of him longs for the home-and-hearth life they have.A Woman With a ReputationDru's finally beaten her bad-girl reputation, and though the Lodge may not be exciting, she's fiercely protective of her quiet home. Hard-eyed J.D.'s ability to push all her buttons just proves how wrong he is for her. So why does her son hero-worship the guy? And why does her heart clench when he gets that "nose pressed against the candy shop window" look on his face?