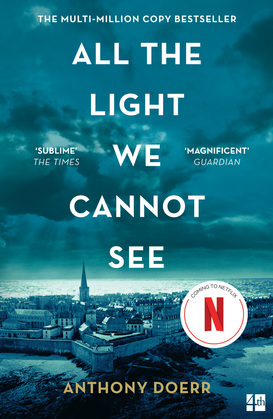 All the Light We Cannot See

"Emergency message to all citizens. Evacuate the city and flee to the countryside."

A historical thriller that takes us from Brittany to Paris and Germany, following characters in the midst of a war that will change their lives forever.

Marie-Laure is a sixteen-year-old blind girl who has fled to Saint-Malo with her father. Will she cross paths with Werner, a smart young German boy with a knack for engineering, forced to work for the Nazis ?

And what about the creepy officer Vom Rumpel, who won’t stop until he gets his hands on the diamond which has been hidden by the Museum of Natural History’s curator, Marie-Laure’s father ? (Are you still with me?)

These are a few of the questions that readers are bound to ask themselves. Reminiscent of Jules Vernes, Anthony Doer has woven an intricate and fascinating story where characters’ destiny meet and offer a deeper reflection about living in times of war.

A precious read while we are in quarantine.

Written in french by Béatrice and translated into english by Morgane :-)